Hi, about a month ago we started an electricity project about parallel and series circuits. In a series circuit, all components are connected end-to-end, forming a single path for the current to flow. In a parallel circuit, all components are connected across each other, forming exactly two sets of electrically common points. Me and mayas game that we made was the dont touch the wire game. It is when you have a loop and you try to go through obstacles without touching the wire. When I was presenting my game I was very nervous of what questions people would ask. I was also very nervous when they were going to announce the winners. I was very excited when I found out that my parents are coming for innovation day. If i would do this again i would put my bibliography in my slides and work on my slides a little more.

Melissa is a 14 year old girl who has autism and life is hard for her. Every single person in grade 8 made fun of her. Today is the first day of high school for her and she tries to make a good impression except when she looks at what class she’s in, it turns out she is in the same class as her enemy. Her heart was palpitating wildly. She was so scared to walk in she felt like she was going to die.  Everything seemed good to her until the teacher said Lookstein! So she pulled out her headphones and everyone started laughing. They all shouted unicorn headphones and started laughing again. When she turned around she saw her grade 8 bully grinning. When recess came she went to her lockers and saw her bully with her friends. Melissa tried to ignore them but she couldn’t. She overheard her bully talking about her boyfriend. Melissa went up to the bully and showed her her new unicorn shirt. The bully laughed heavely. Just so you know unicorns are immagenary you should have learnt that in grade 1. Melissa had enough of getting bullied all the time. So she finally stuck up for herself and said what’s imaginary is your boyfriend. The bullies’ friends laughed. You’re gonna regret this peasant. The next day the bully came to school smilling. Melissa was so scared of what was going to happen next.  When she came into class a bucket of milk and worms dropped on her. The worst thing was that everyone was recording. Melissa started crying. When Melissa came home her mom was on instagram and saw the video. Karry Melissa’s mom went up to Melissa’s room and saw her on the floor crying. She complained to the principal. Turns out there was a retreat to Bora Bora and the bully couldn’t go. The whole high school said it was the best time of their lives.

In class we learned about Bar/Bat mitzvah, tefillin and tallit. A tallit is a jewish prayer shwal. It is important because we need something to wear to keep you concentrated on praying. A tefillin is black leather boxes with leather straps worn (typically) by males after bar mitzvah. Tefillin is used for morning prayers for Jewish men over the age of 13 on an almost daily basis. It is requidered to wear. Bar mitzvah means son of commandment. Bat mitzvah means daughter of commandment. A  Bat mitzvah is the day you become an adult for a girl and Bar mitzvah is for a boy. Bat mitzvah happens before Bar because females usually mature faster. When your Bar/Bat mitzvah is done you start to do more mitzvah.

Hi, about a month ago we were supposed to read a book and make either a children’s book, board game, podcast or YouTube channel about our book. I chose to make a board game because I wanted to play the board game with my family and I thought it would be more fun to make.  My book is called “Camp Murderface”. It is about a girl and a boy named Corryen and Tez who went to a sleep away camp. But the sleep away camp wasn’t an ordinary sleep away camp. It was haunted and most of the camp made an agreement to kill Corryen and Tez. These two characters had to overcome a series of obstacles in order to survive. The theme of my board game is “loyalty to friends helps overcome adversity”.

If I was going through this process again, I would choose to finish my book before I started my board game. I would also choose to plan out my board game a little more.

My board game is a mix of Clue and Candyland.

The goal of this game is to find who killed Braids and find what is in the question holder.

You are going to mix up the cards and put one of the cards in the question holder (without looking). Along the way you will get clues to what the card is in the holder. Once you have your clues you will check it off on your list. Let’s say you got the clue “Bowl Cut” you will check that off your list so you know that’s not in the holder. When you’re at the end go back to the start. It is not about going to the end first, it’s about guessing what is in the holder. If you guess wrong you’re out, but if you guess right you win. Remember to not show your clues.

The elements of the book that I incorporated into my game was that I put the conflict and the charecters. How I did that was because the conflict was the big fight on killing this person that started this. So what I did was I put for the goal of the game is to find out who killed Braids. (She is a charecter in the book).

The charecters that I included in my board game were:

How I incorporated the setting of my novel into my game was that because for some times the setting was skulls in fire I wrote that down in my board game and  made it one of my pieces.

The pictures or images that i chose to include were bowl cut because he tried to kill Tez in the forest and skulls in fire because that is how they knew what was going on in the camp.

These are all the cards I chose to incorporate in my board game:

this is my board game: 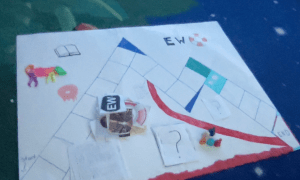 Hi, today we made rockets. Sadly I didn’t win the competition. which is kind of surprising. once all of my classmate’s rockets were built we had a pump and we shot them.

In 2057 there will be really cool stuff that can make our lives easier but it can also make our lives harder. I think electronics are an incentive to make people think that we need more of those.  What we really need though is more wildlife. In 2057 I think there is not going to be a lot of wildlife. Instead, I think there will be robots doing all the work for us humans. Having no wildlife will cause various fires. A lot of people think there will be flying cars in 2057 but I don’t believe in that. What I do believe in is that there will be motorized boots that can walk on water. Most people think that what we’re doing to our planet is going to help us but having less green space, melting ice caps, buildings everywhere, many forest fires, and robots doing all the work! That’s not ok. WE NEED MORE WILDLIFE!. Lastly, there are not going to be that many animals because there’s no more wildlife.

my family orginated from greece,england, lithuania, france and canada. my family is ashkenazim. on my moms side my great grandma danced at the lido in paris. a new thing that i learnt from my family is that my grandma on my dads side converted to judiasm. 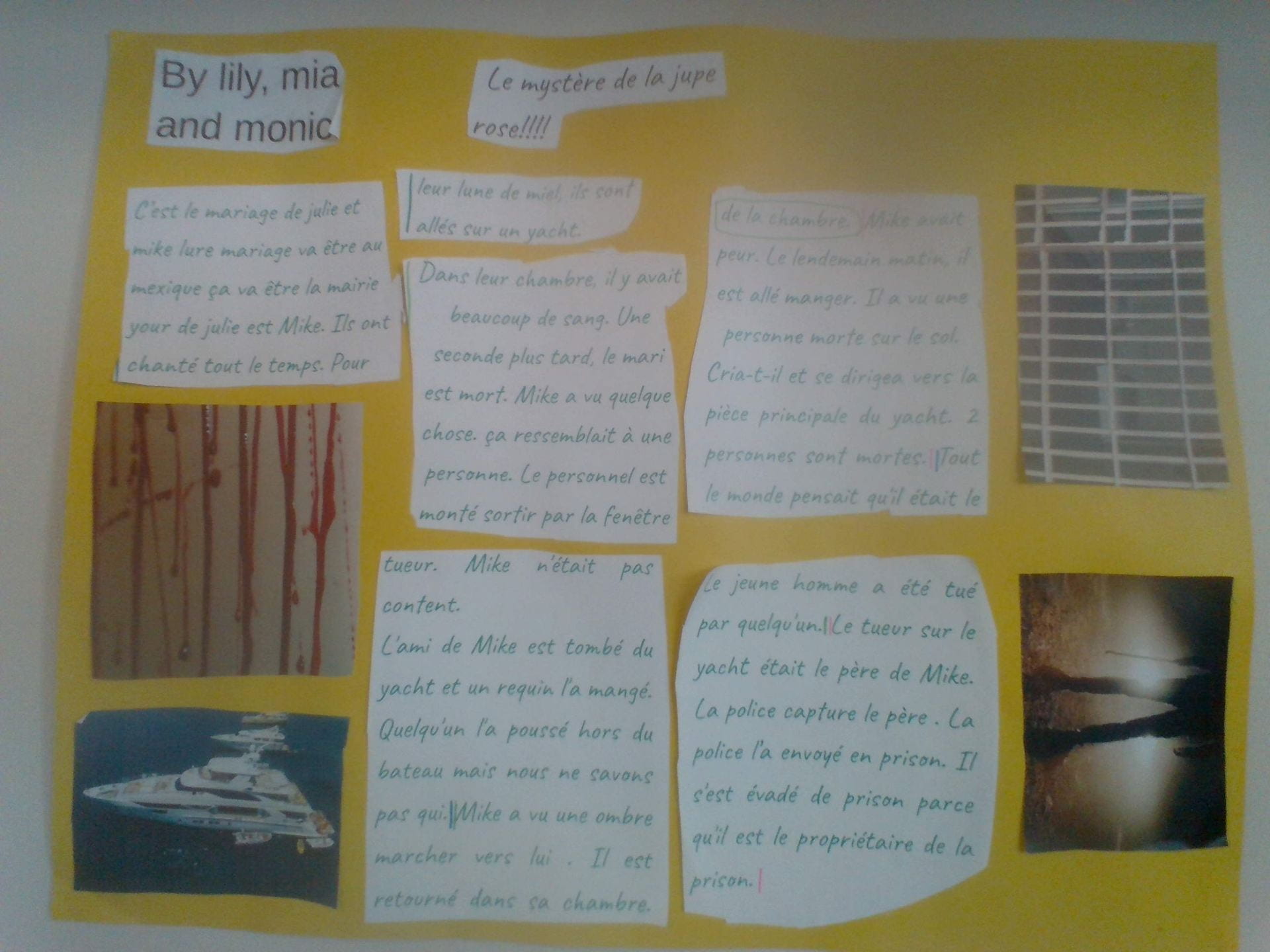 today we started a project, it is called me in numbers. we have to make a slide about yourself in numbers. you might notice in my slide that i have not alot of sleeping time that is because i have so much gymastics that i dont have time to sleep. I like mountains better than the beach because I like to catch snakes and hike. 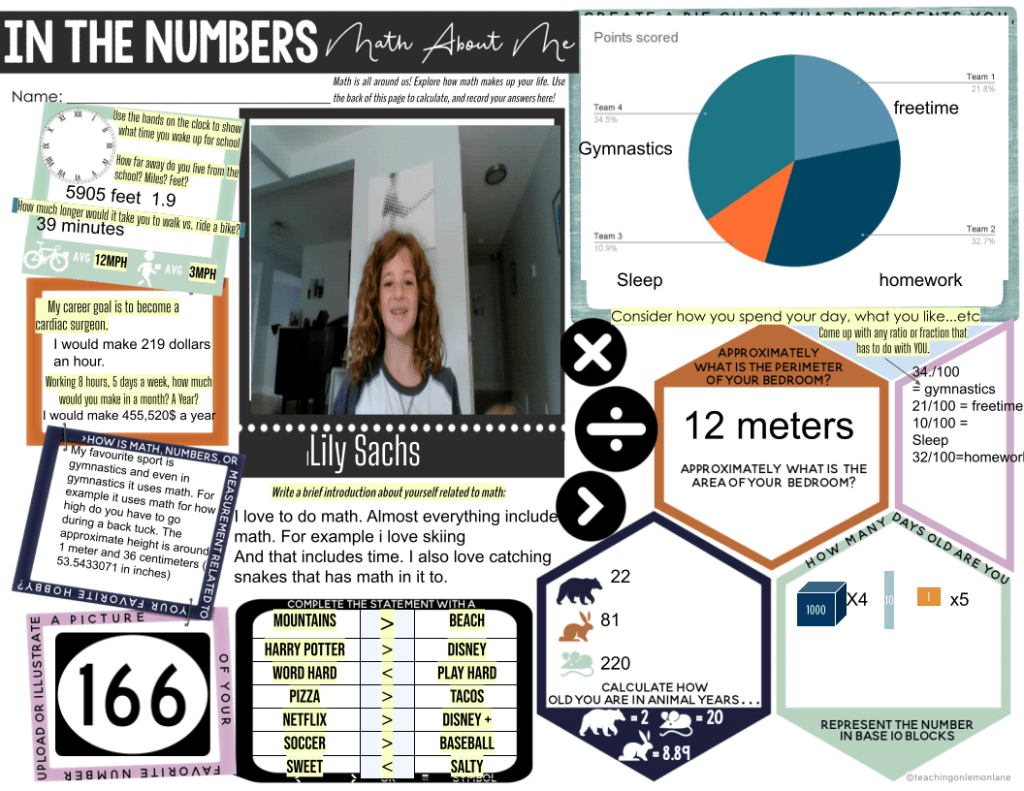